Skip to Main Content
It looks like you're using Internet Explorer 11 or older. This website works best with modern browsers such as the latest versions of Chrome, Firefox, Safari, and Edge. If you continue with this browser, you may see unexpected results.

This is the landing page for Kendall College’s APA guide and source to help students.

Yes, you can cite these types of sources too! Remember that citing incorrectly or not citing at all is considered plagiarism. Take a look at these sources and if you don’t find what you are looking for, feel free to look up the answer to your questions using the APA Style Blog’s search bar.

1. Author’s last name and initials of first name (and middle name). Remember this can also be a group, organization or company.

2. Publication year inside a parenthesis or last update date

3. Title of file (including subtitles) only capitalize the first word and any proper nouns and adjectives

4. Using brackets, mention the type of file being cited next to the title of the file followed by a period.

5. Title of the website (italicized and all words capitalized)

6. Use the phrase Retrieved from (no colon) and insert the full URL 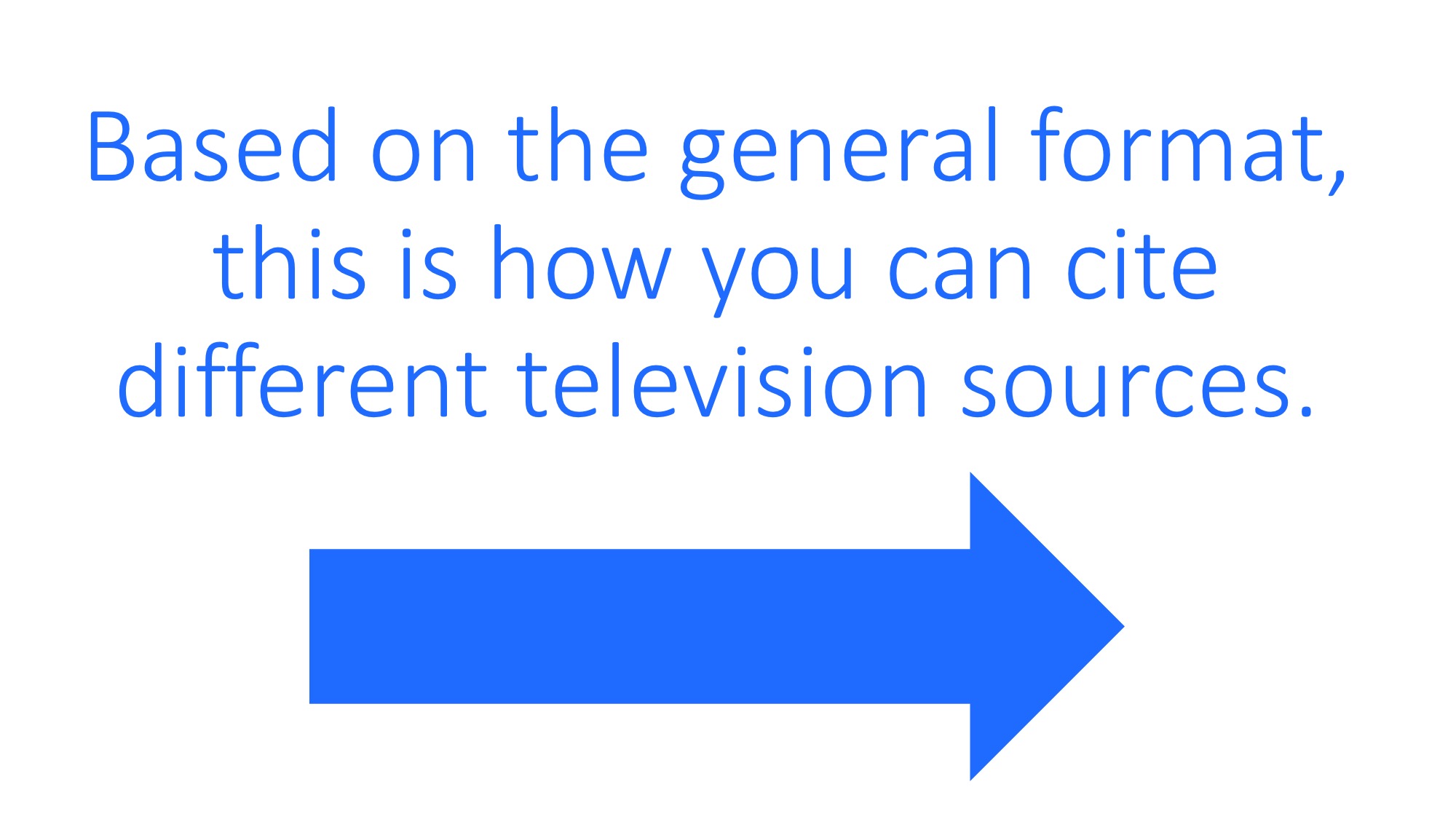 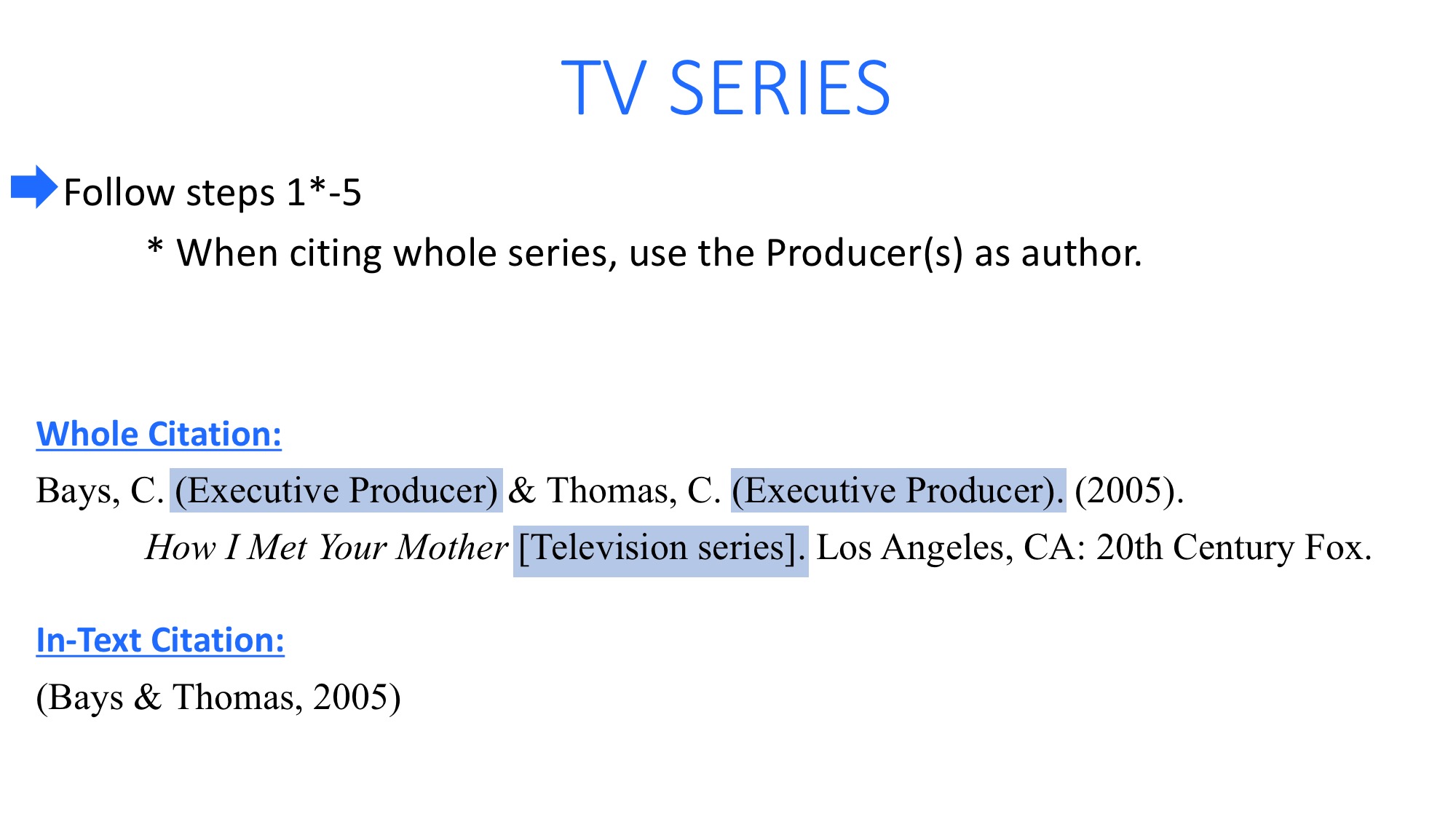 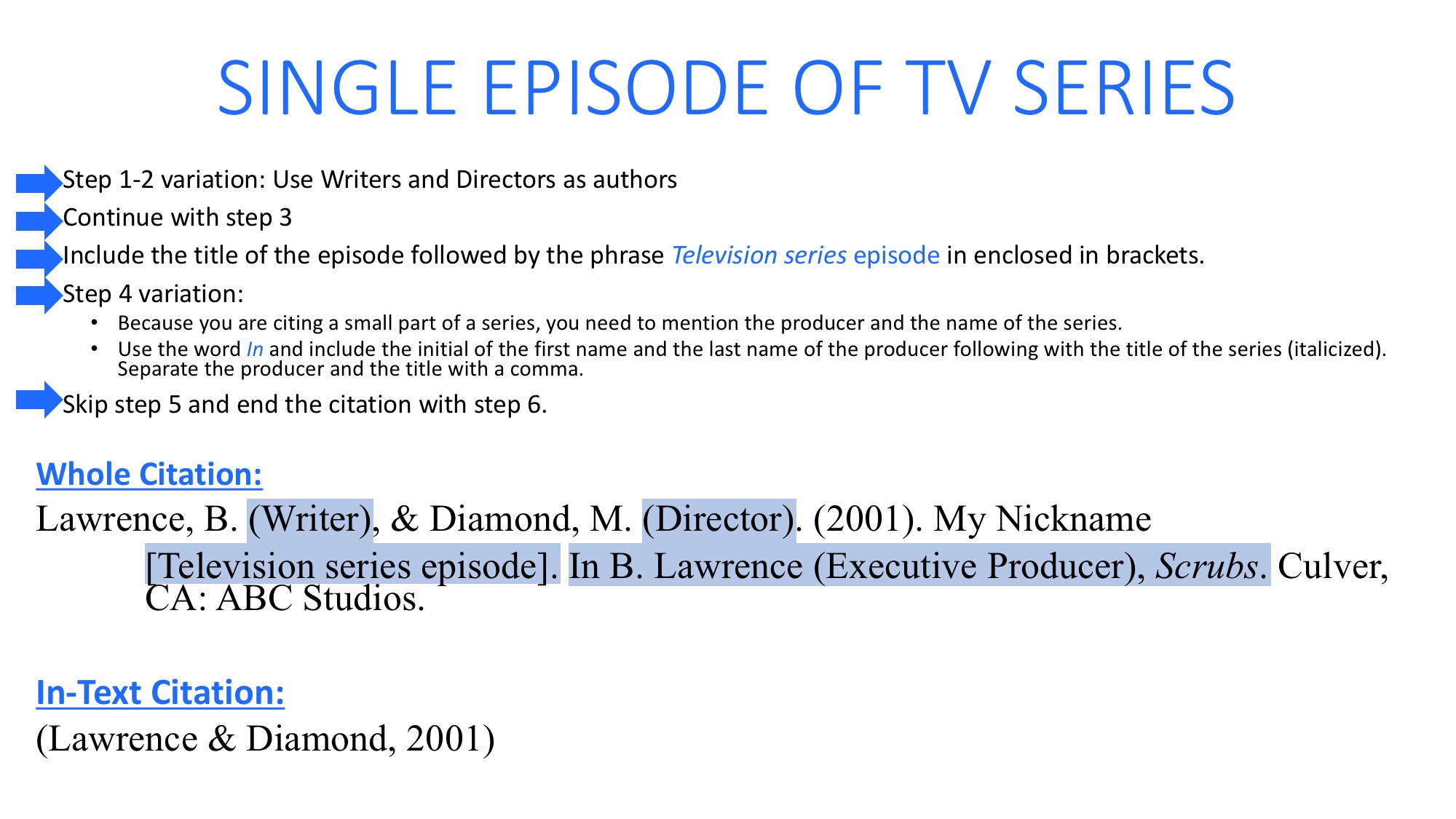 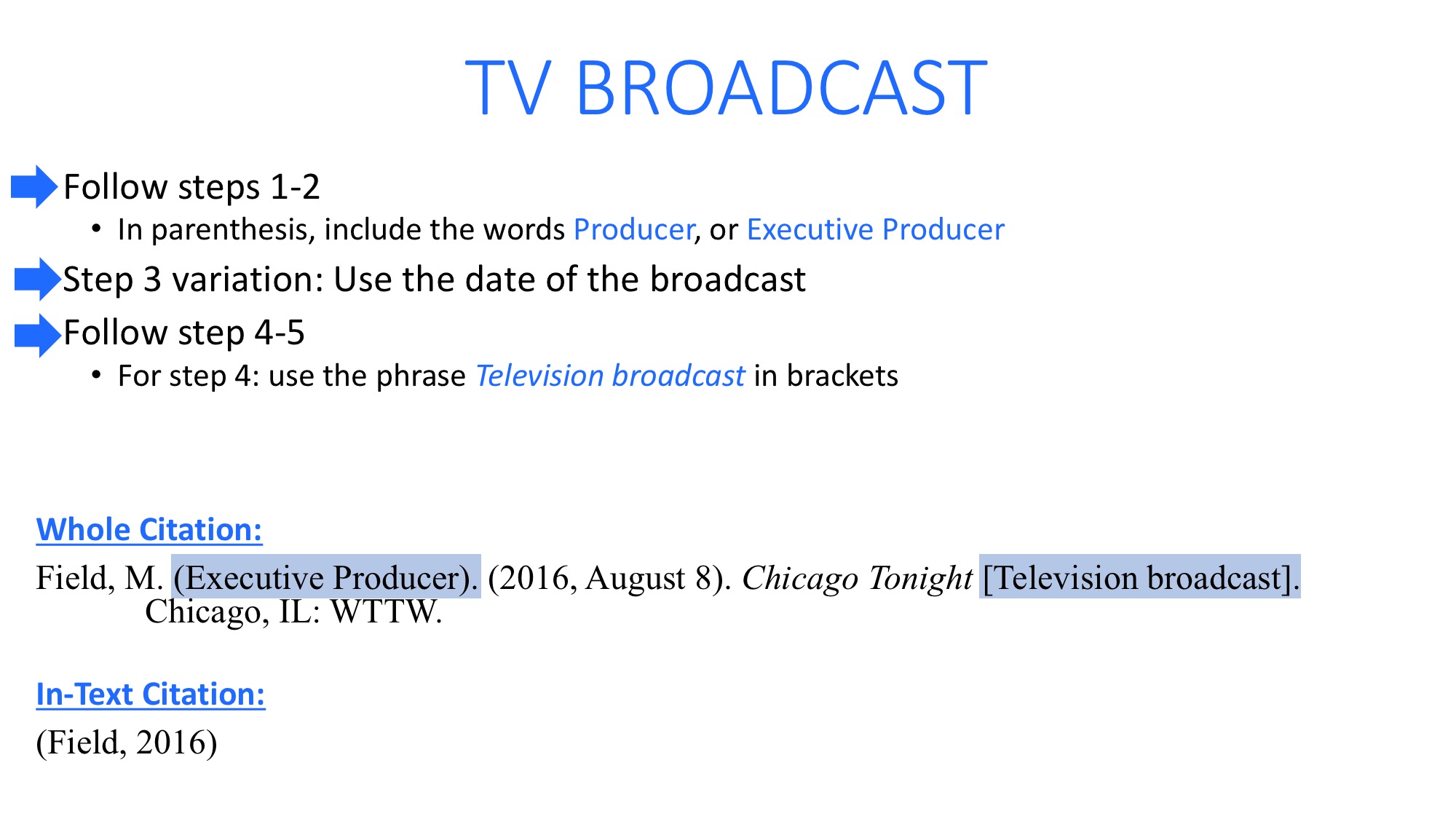 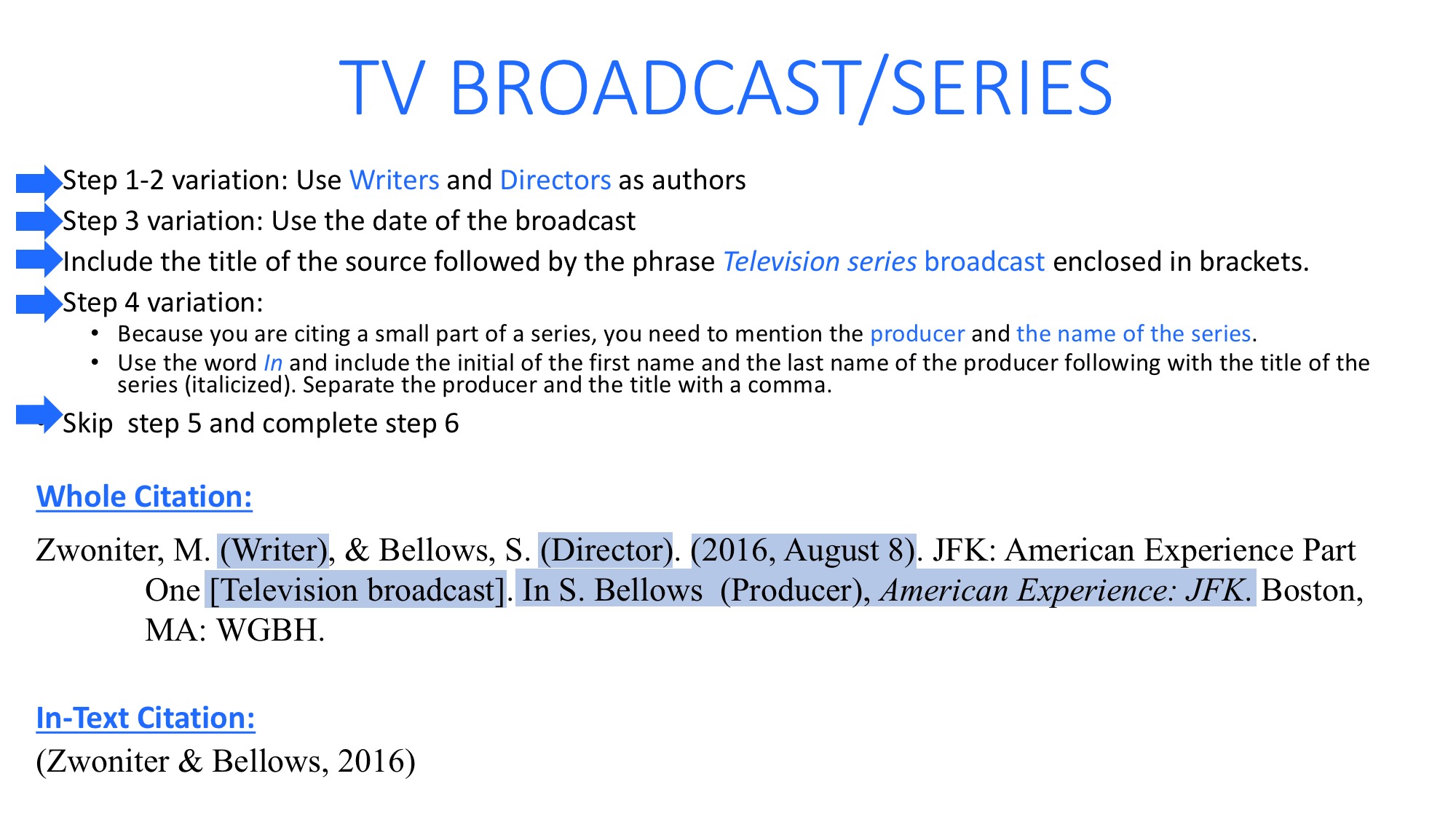 1. Use the producer’s name and the director’s name the same way you would cite a source with two authors.

2. After each name clarify if the person is a Producer or a Director enclosed in parenthesis.

3. Date of release inside a parenthesis.

4. Title of the film italicized.

5. Follow by the phrase Motion Picture enclosed in brackets after the title.

6. List the country of origin (for location) and the studio or distributor (instead of publisher) separated by a colon.

ASK THE ASC FOR HELP! 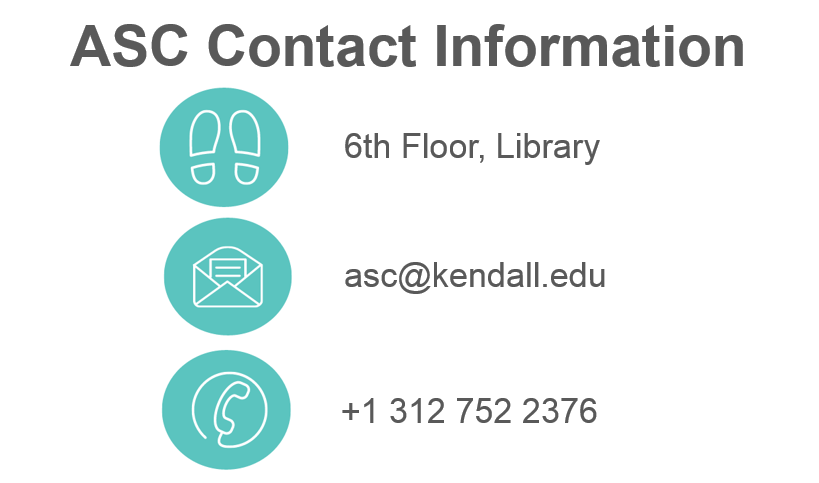 HOW DOES THIS WORK?

There is a general pattern (format) for citing different types of sources. Depending on the additional information that you need to include, there are particular places where the information needs to be inserted.

Take a quick look the general formats and their accompanying slides to cite specific sources. 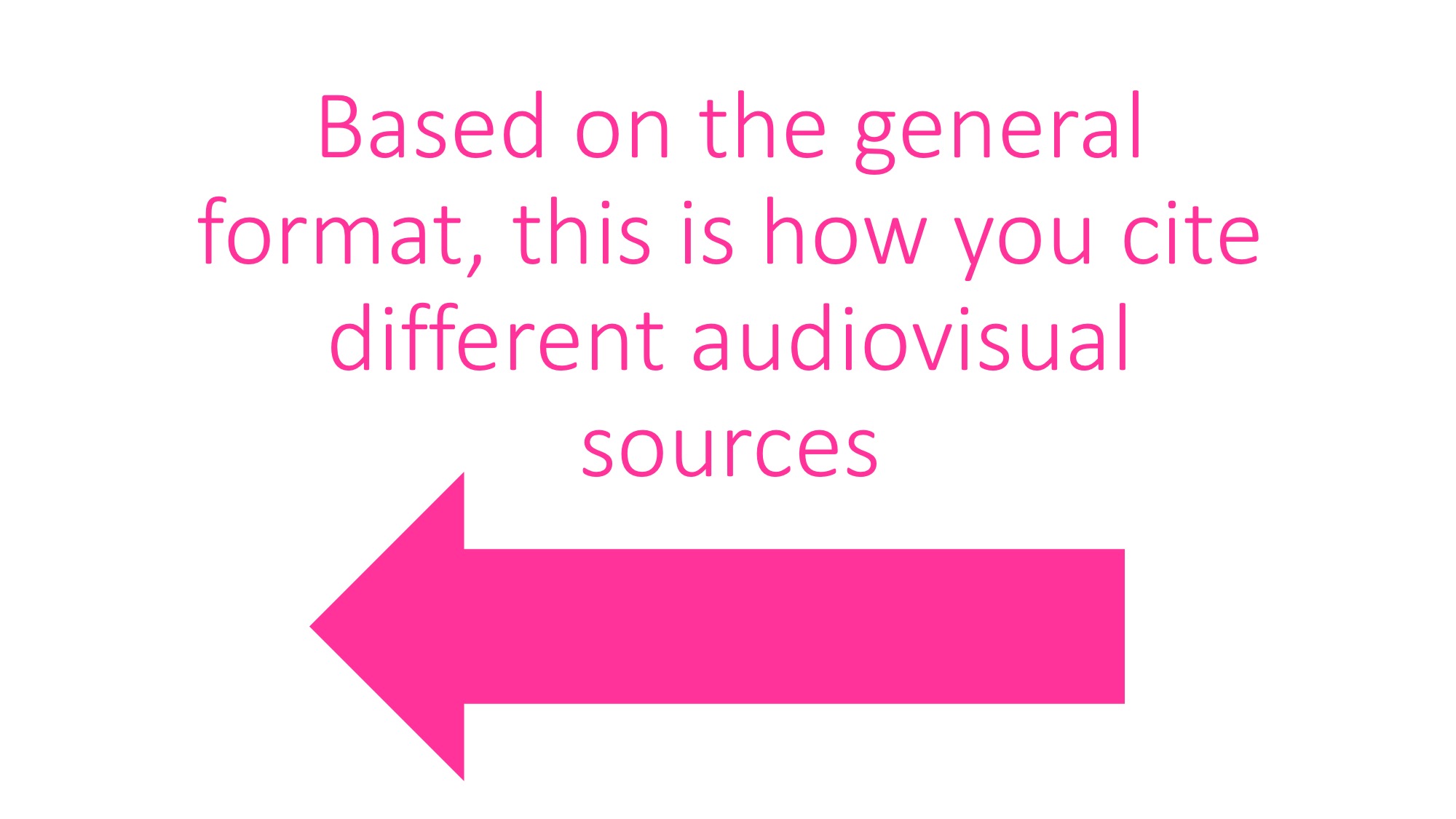 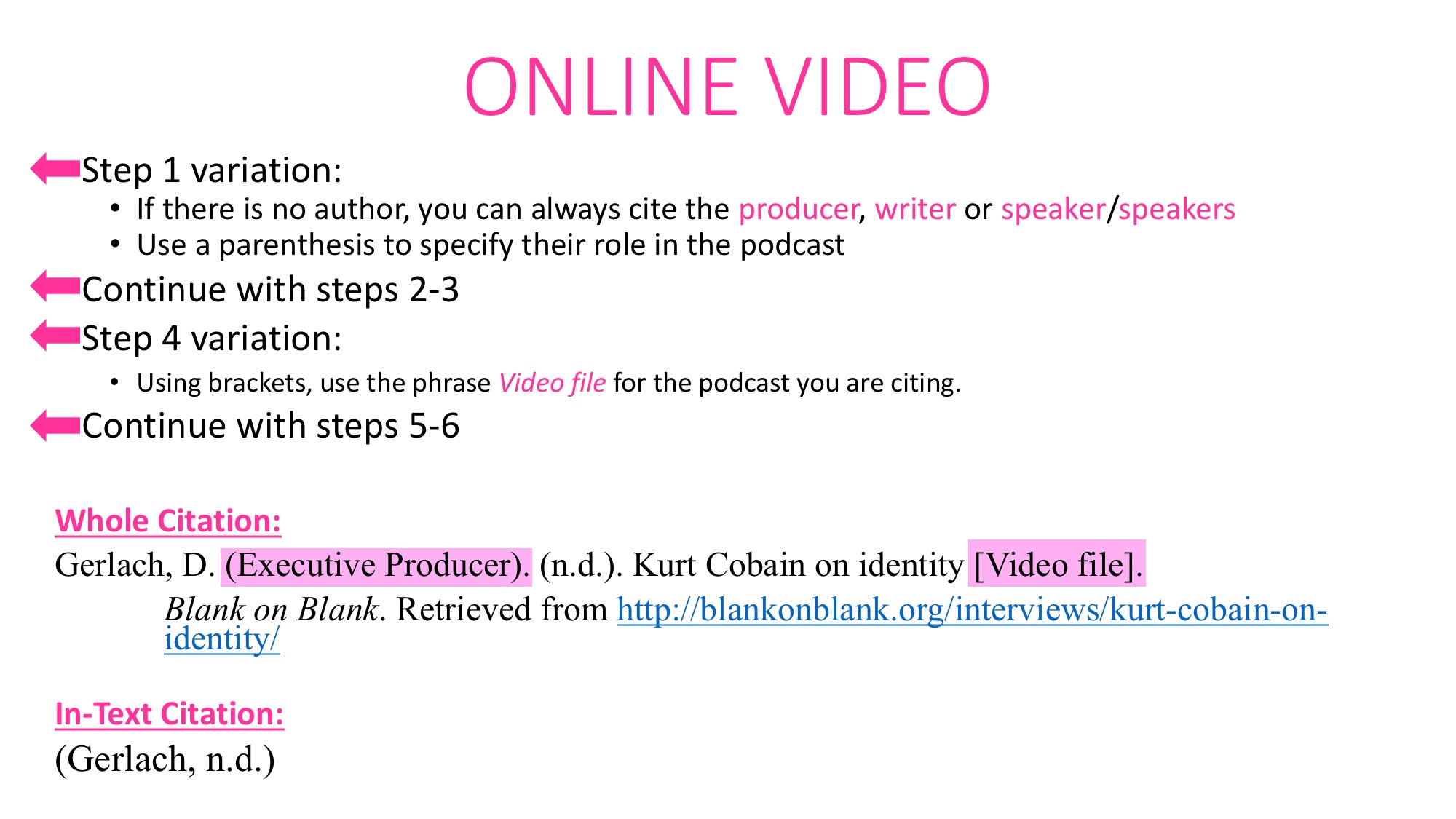 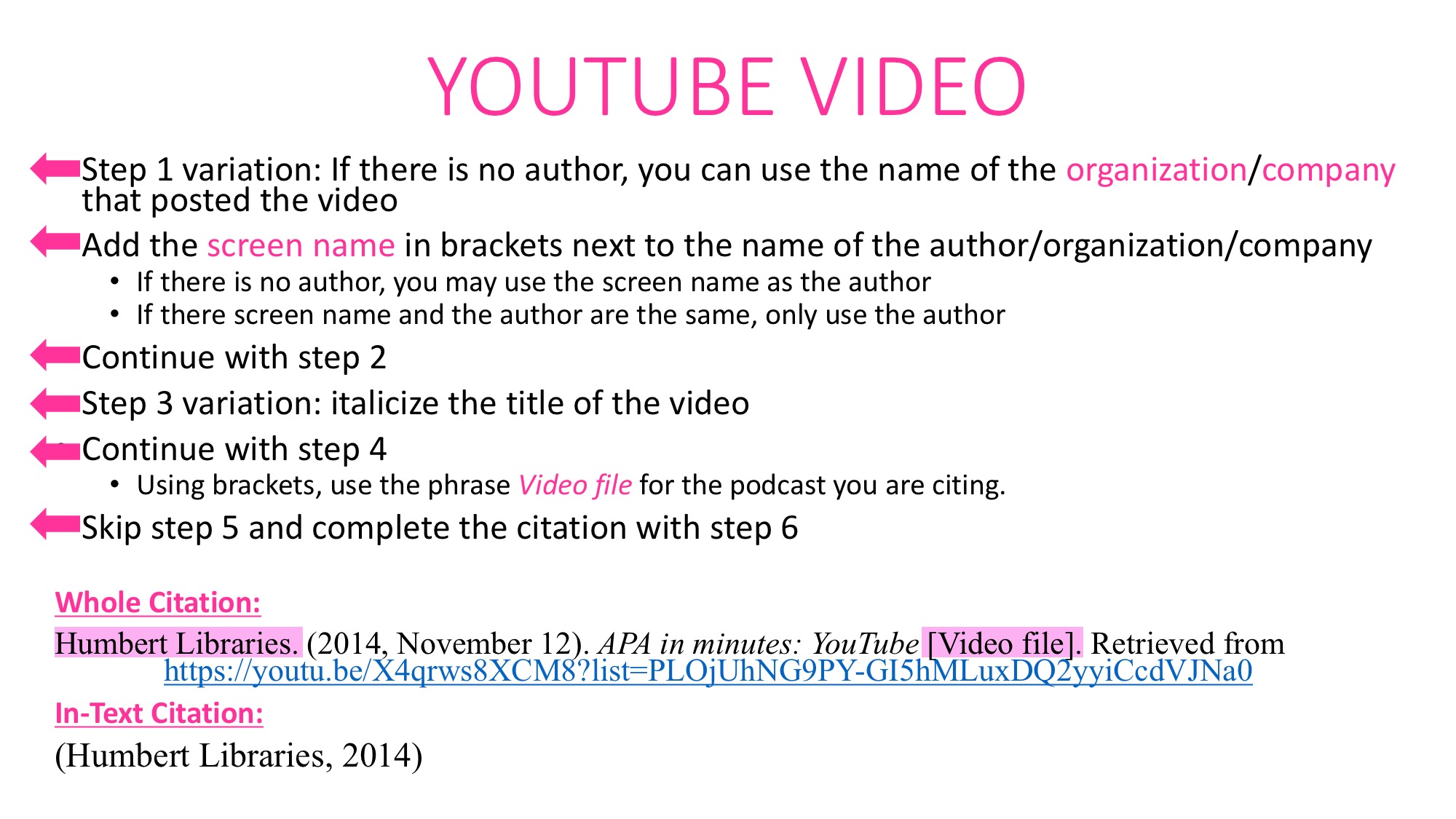 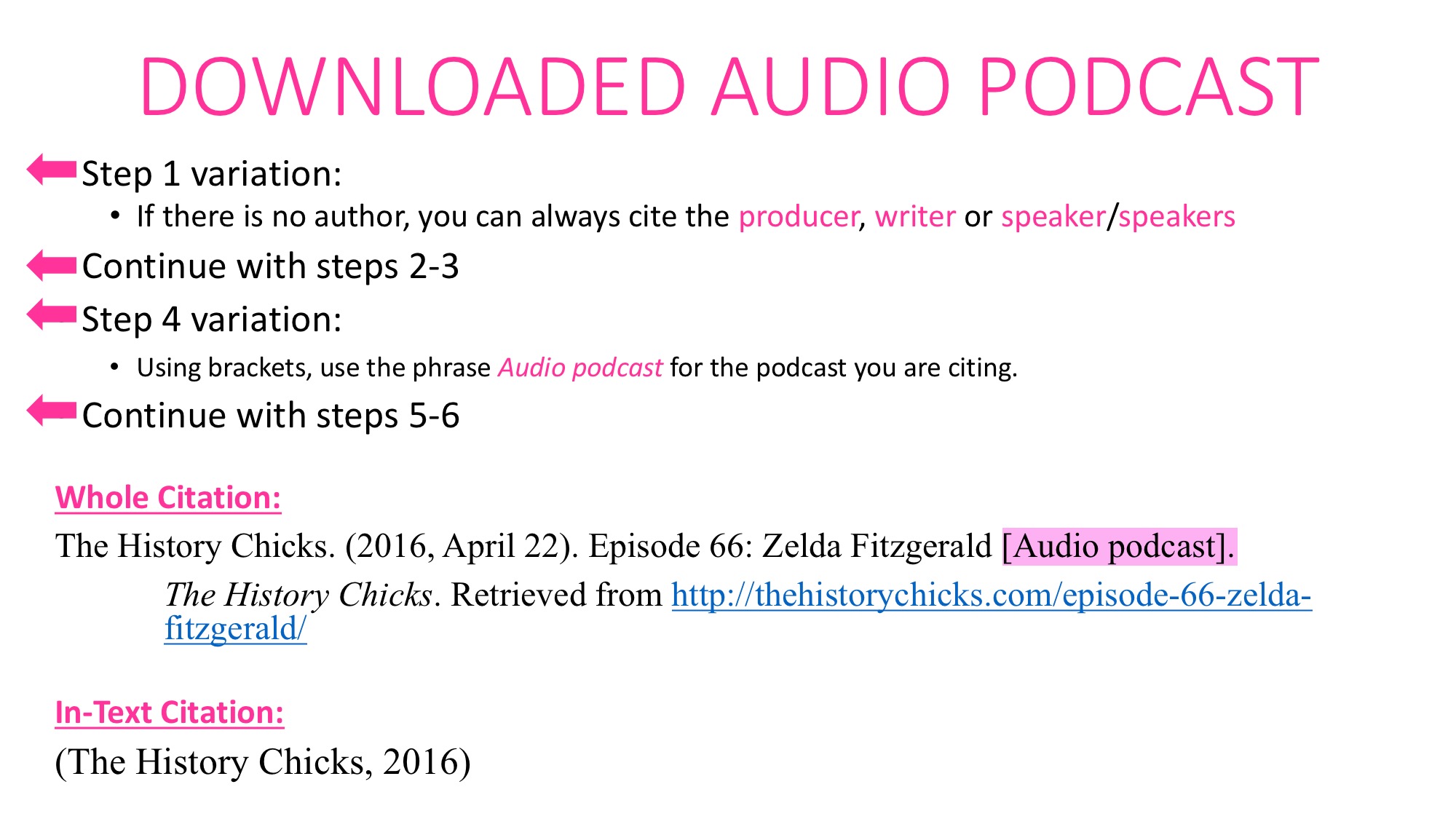 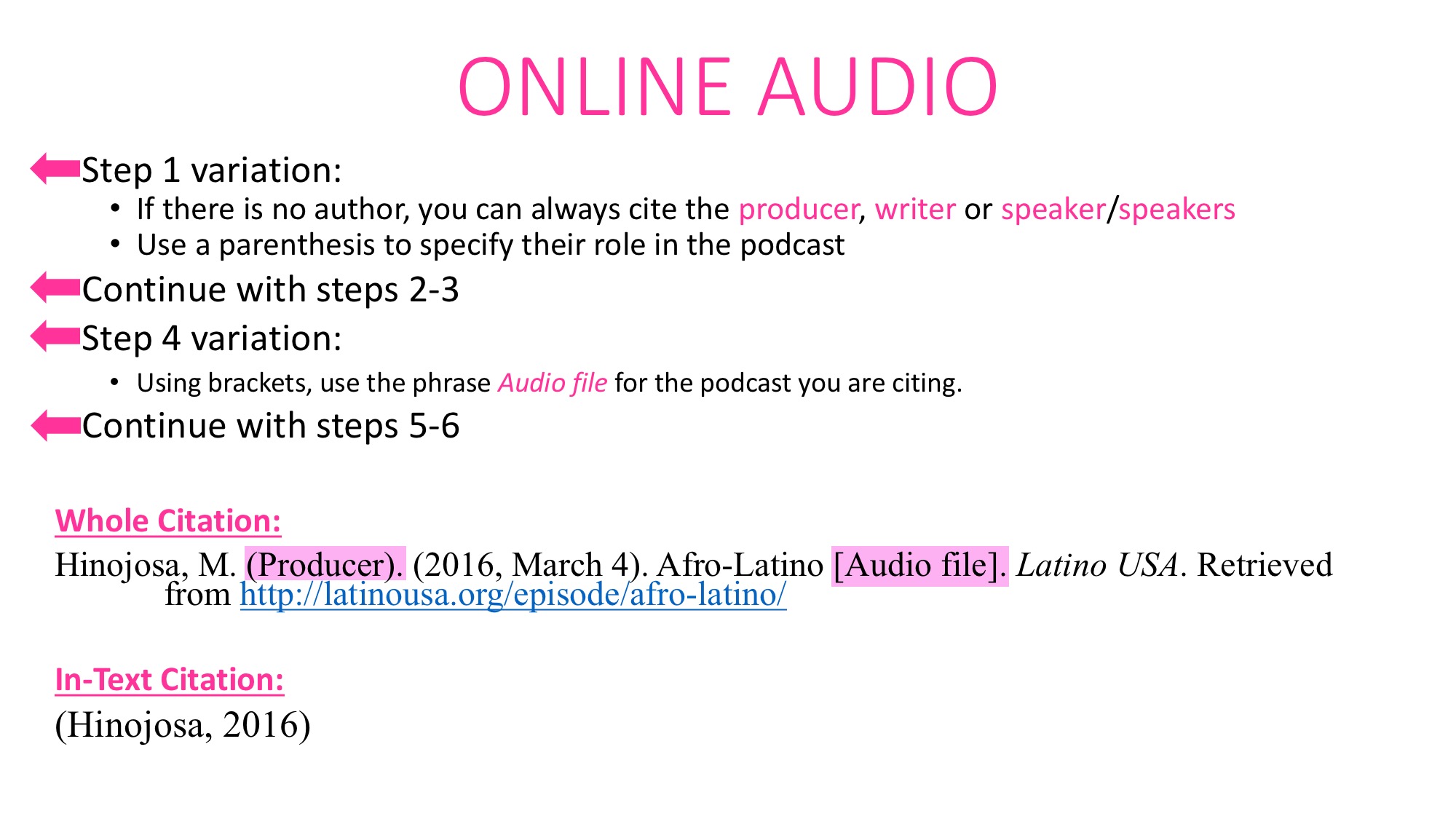 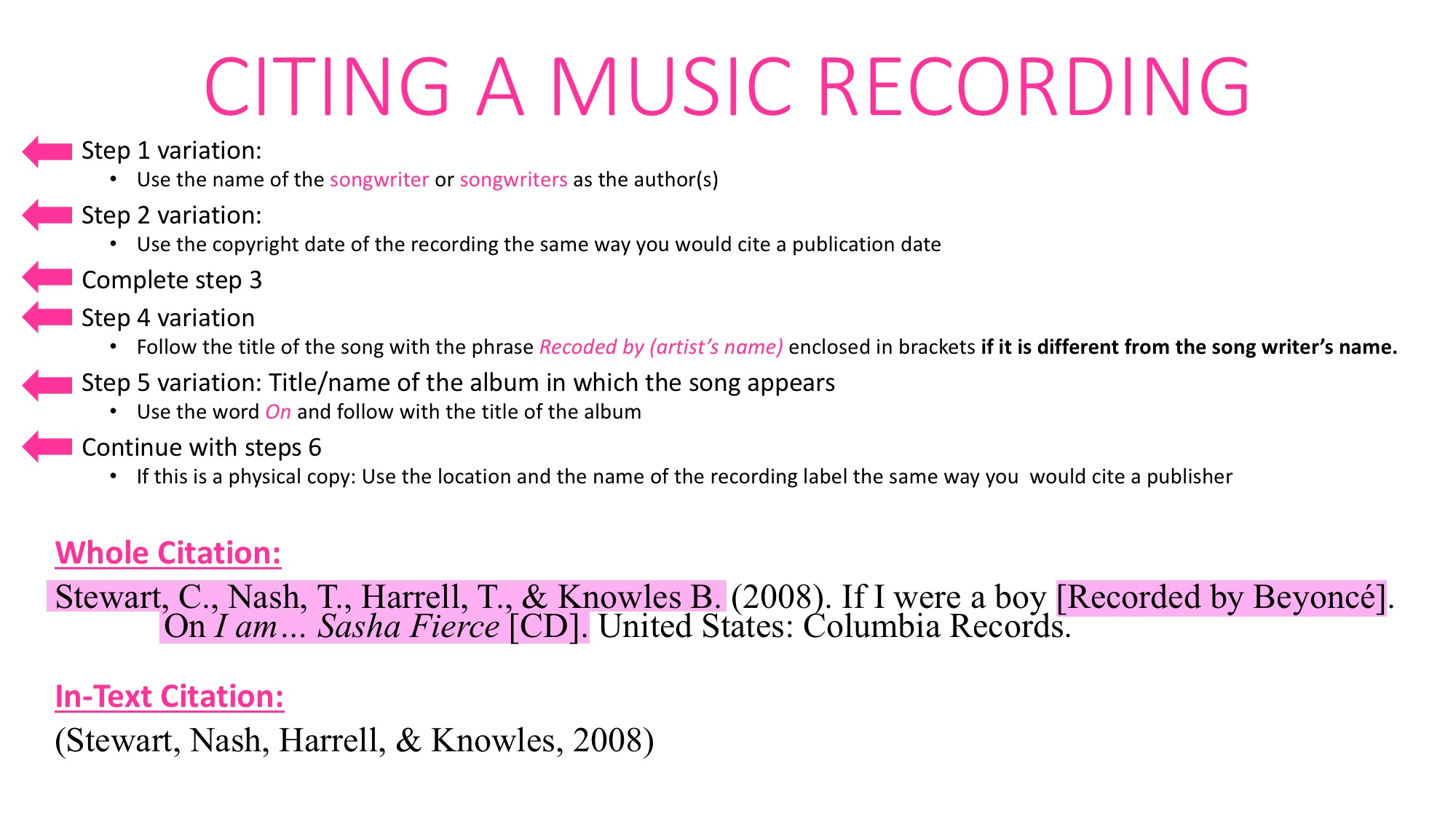 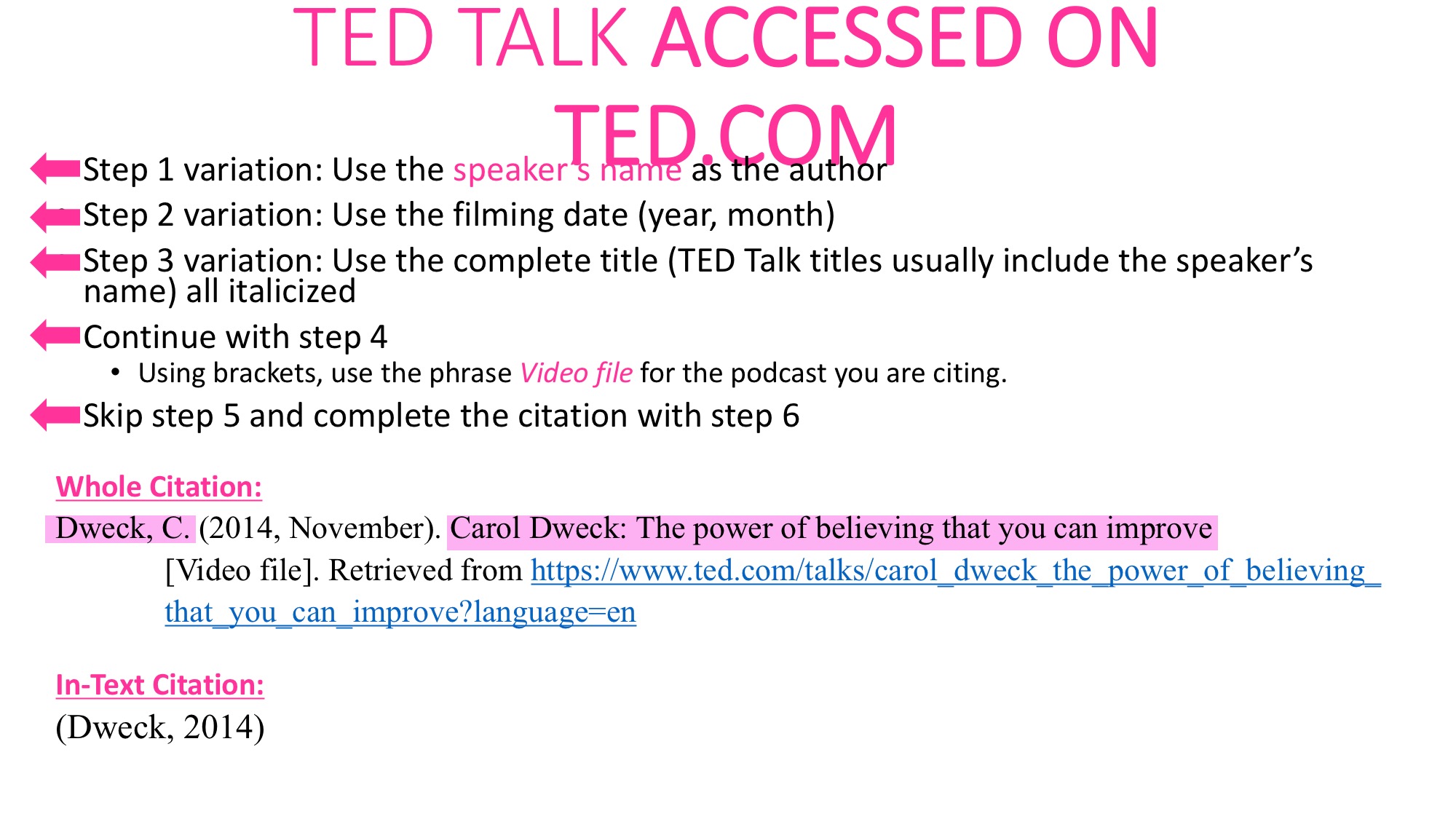 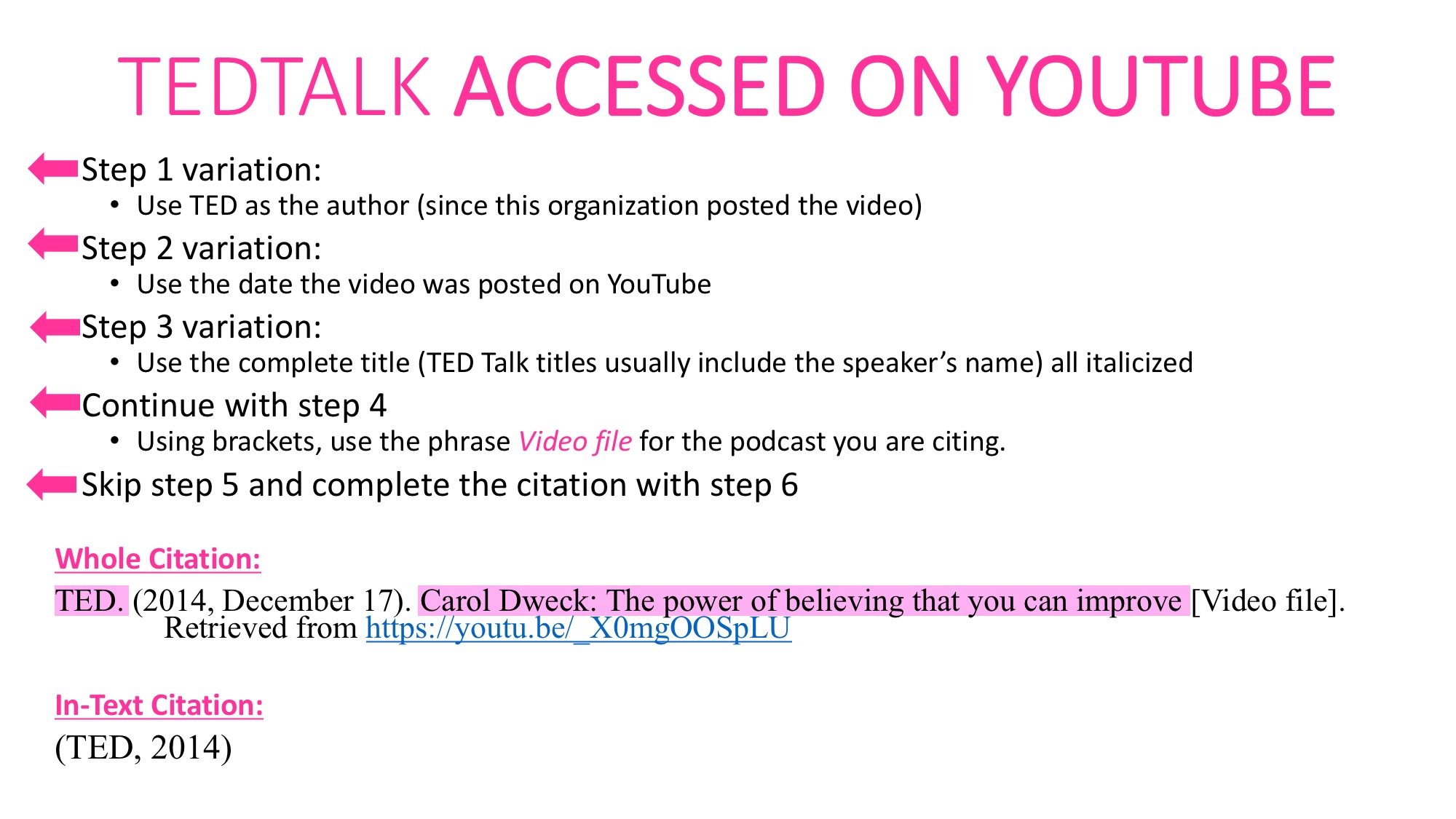 1. Use the name(s) of producers the same way you would use an author.

2. After each name clarify if the person is a Producer, Writer, or Director enclosed in parenthesis.

4. Write the title of the TV series and italicize it.

5. Using brackets, describe the type of media being cited after the title of the series.

6. List the location where the source was produced and the studio or distributor (instead separated by a colon. 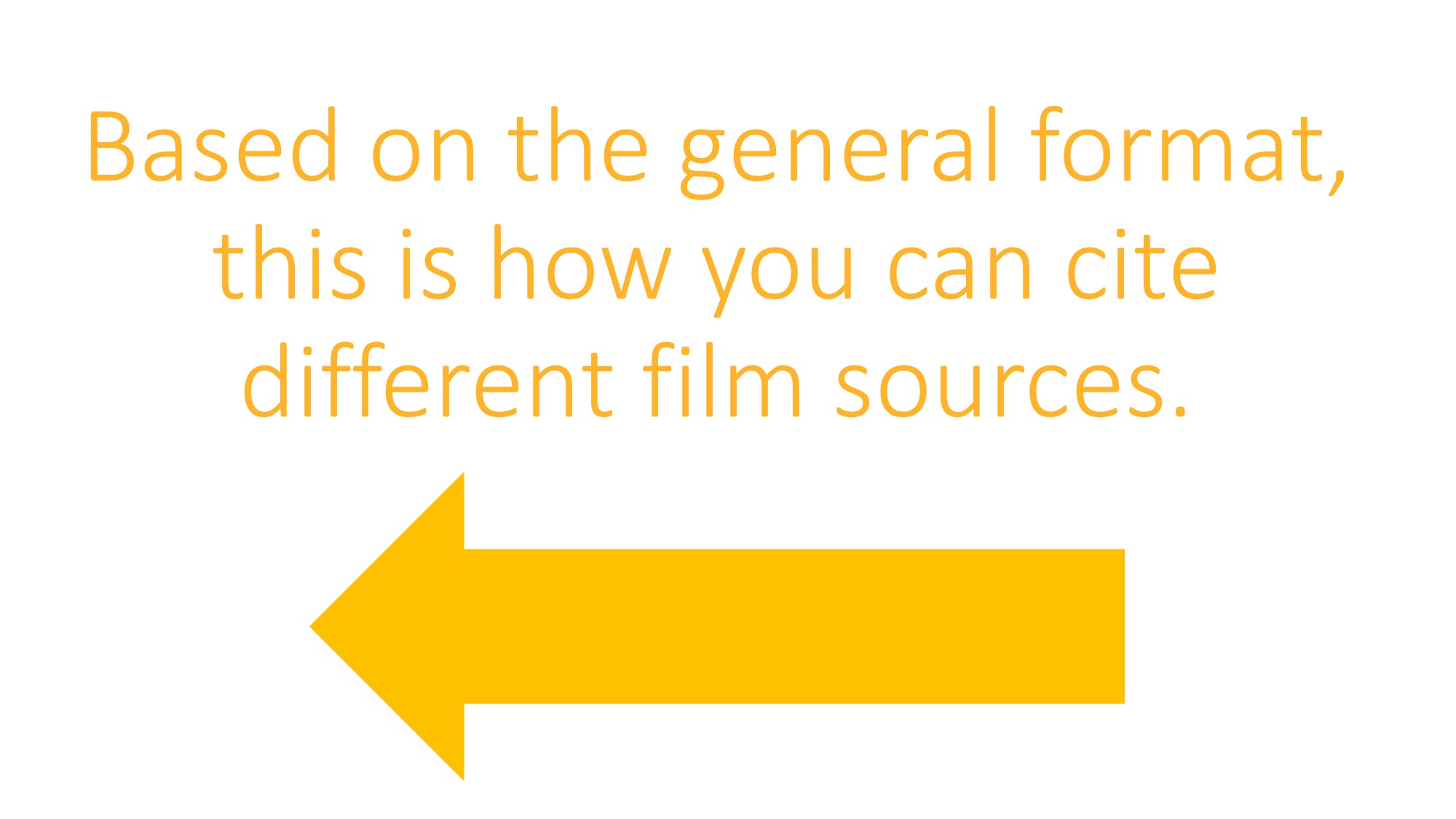 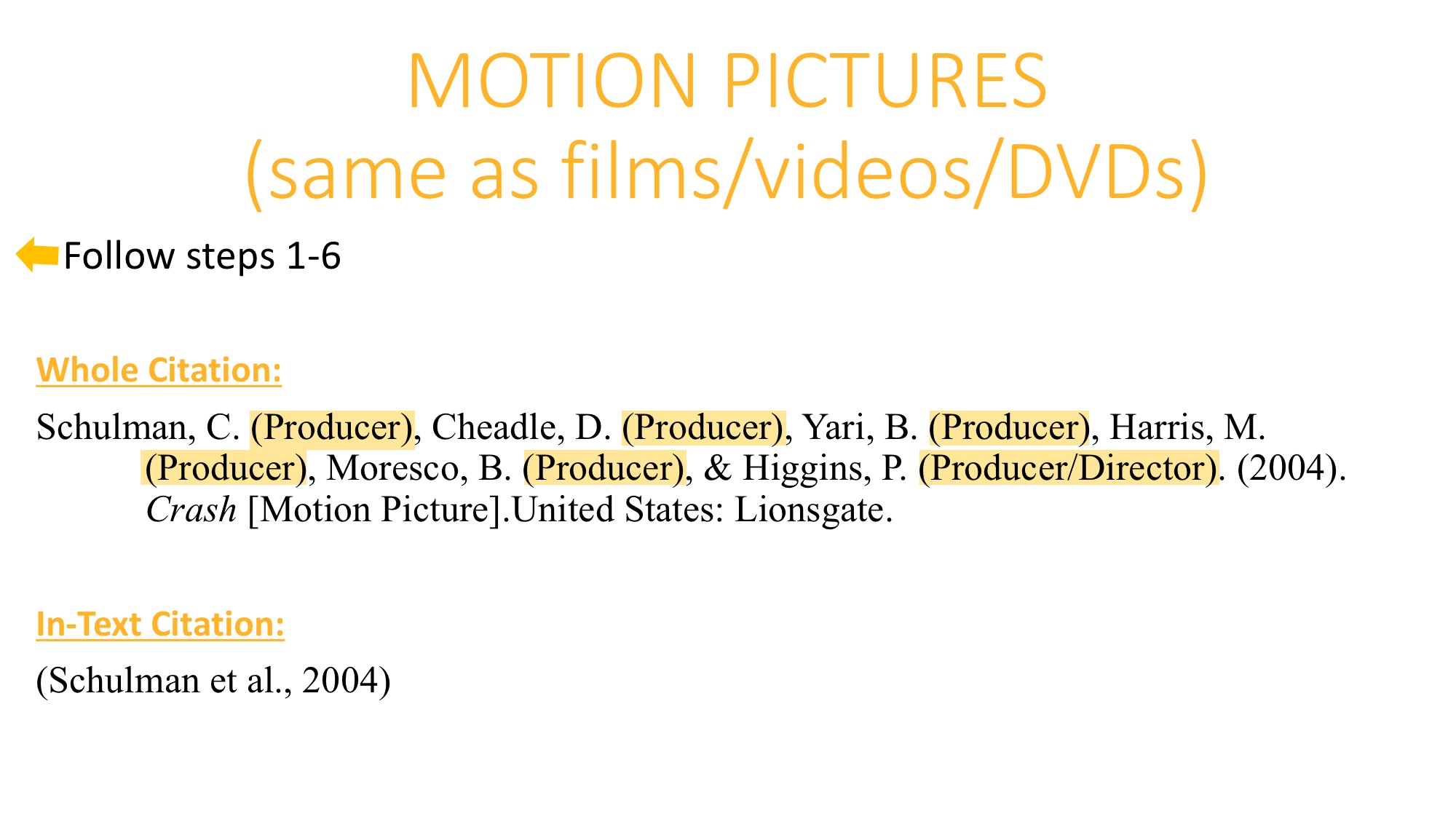 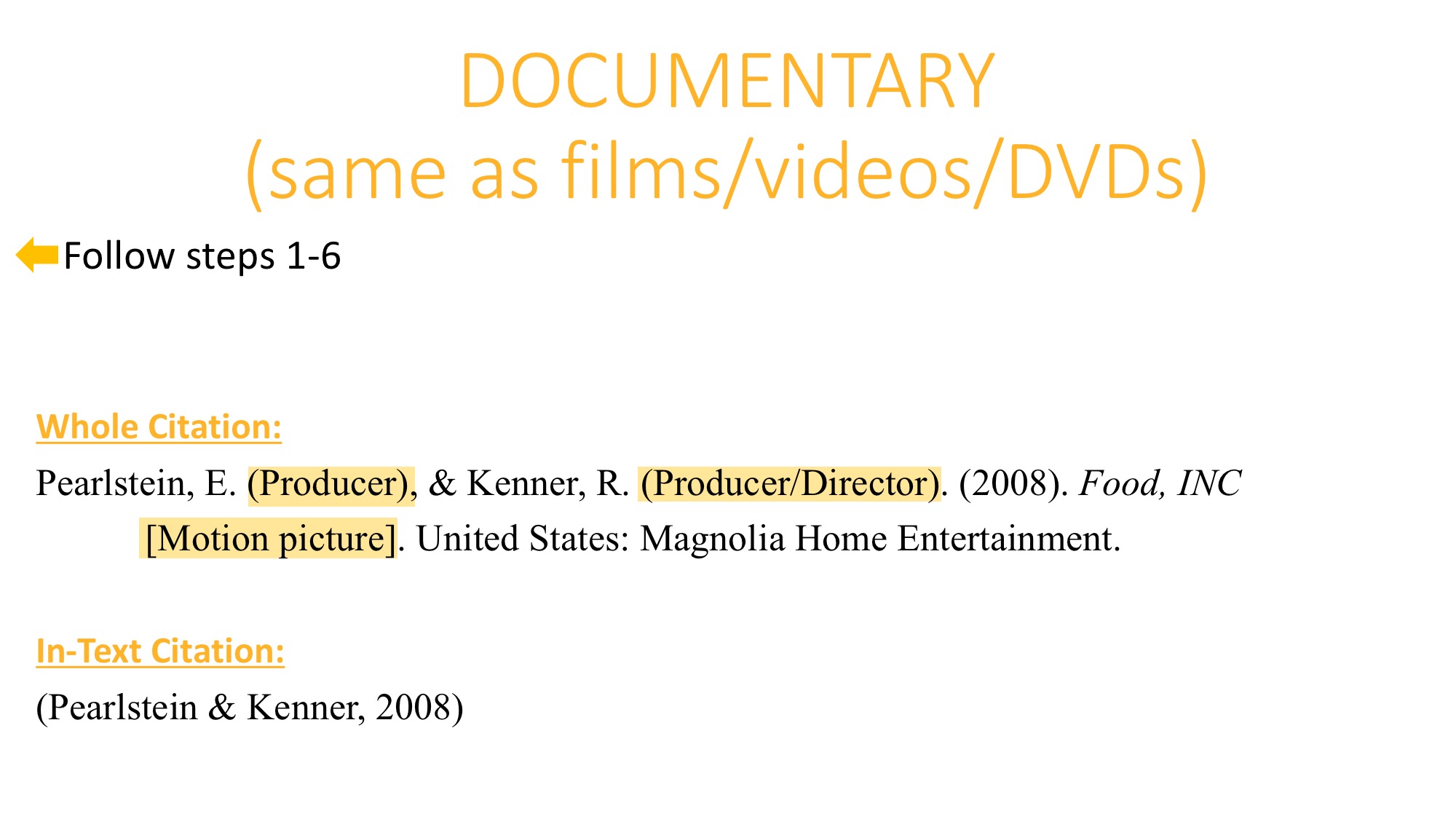 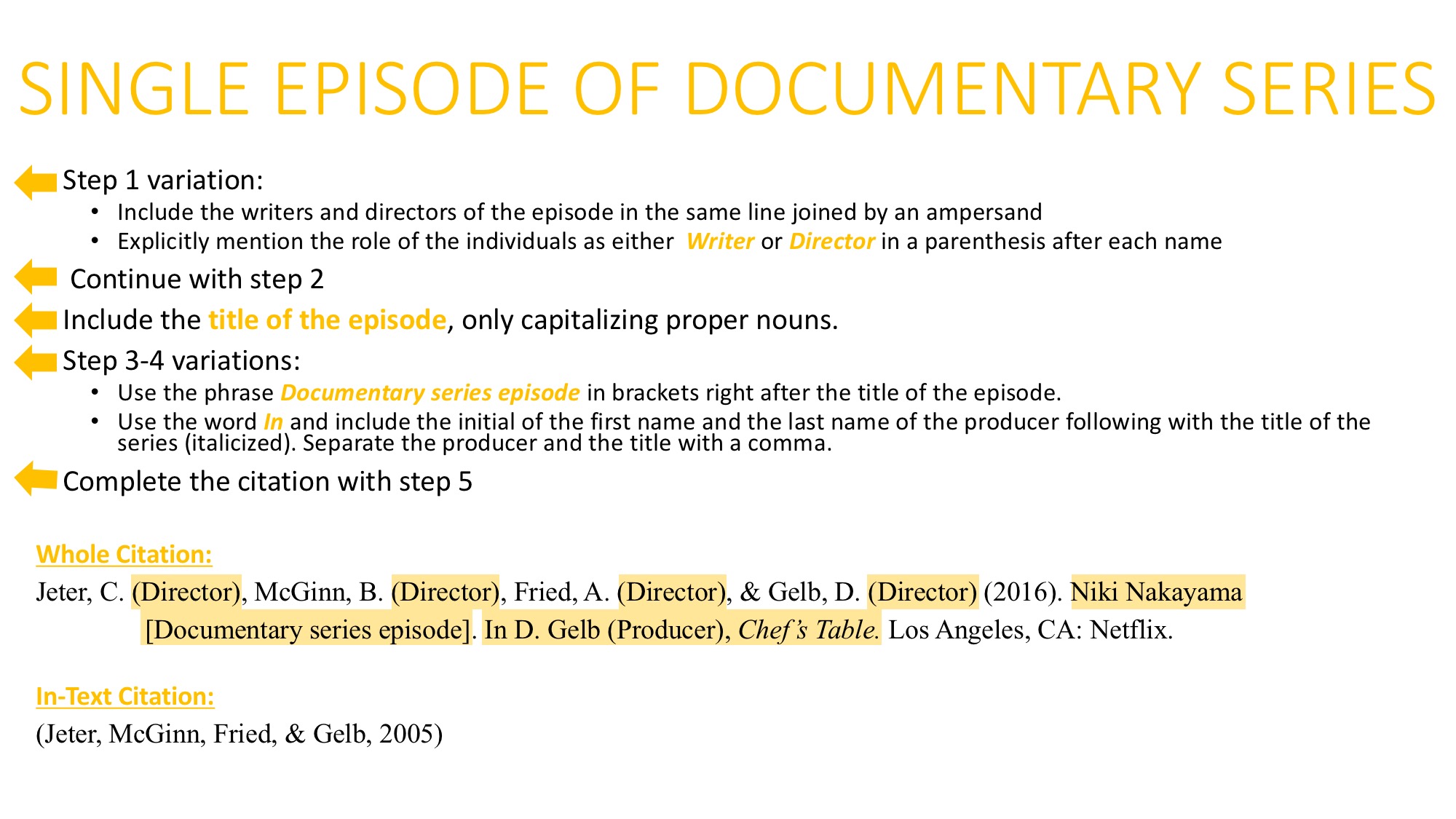 Check out these helpful links for more information!